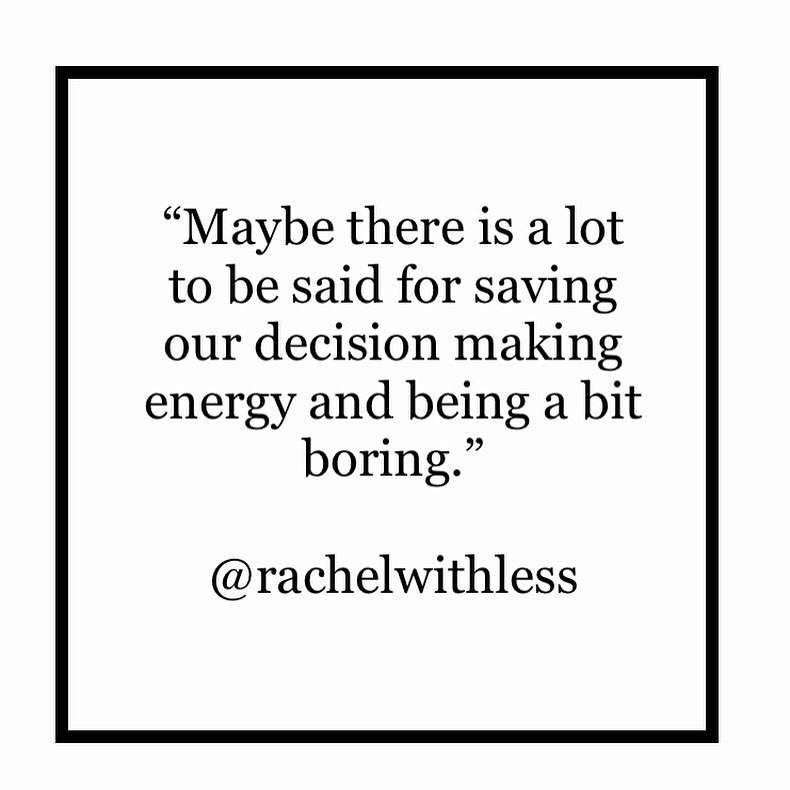 I have the TV all to myself this evening so in anticipation of this I bought myself Working Girl on DVD in a charity shop the other day. One of my favourite movies from the 1980’s. Why would I bother buying a DVD of a movie I’ve already seen countless times when there are a multitude of things to watch on Netflix? I mean my list of things I want to watch is pretty long. I could watch The Crown, House of Cards, Luther, Peaky Blinders, Fargo, Grace & Frankie, Homeland, How to Get Away With Murder, Call The Midwife, Derry Girls and Messiah to name but a few! But I’ve had enough decision making for this week thank you.

‘Decision Fatigue’ was coined by social psychologist Dr. Roy. F. Baumeister and refers to how people struggle with their choices after making too many decisions over the course of the day. We make so many decisions that by the end of the day, we find it hard to make a decision and we lack will power. Is that why I get to the end of the week and I can’t decide what to have for dinner or what to watch on Netflix?

“You’ll see I wear only gray or blue suits. I’m trying to pare down decisions. I don’t want to make decisions about what I’m eating or wearing. Because I have too many other decisions to make.”

Mark Zuckerberg explained in a public Q&A in 2014:

“I really want to clear my life to make it so that I have to make as few decisions as possible about anything except how to best serve this community.”

They realised that by wearing the same thing each day, they could save their mental energy for more important decisions. Important when you are running a country or a large social media company maybe, not so important if you are little old me? But I think there is something to it and that everyone can learn from it no matter what their job.

I first heard about decision fatigue when I started decluttering my clothes. I did another little cull there this week. I’ve now downsized my wardrobe to the extent that I don’t quite wear the exact same thing each day – but I’m not too far off it. I usually wear my brown boots, dark jeans, a top, an extra jumper or fleese if it is cold and a navy jacket. So not quite a uniform but a capsule uniform? Everything easily mixes and matches and I have multiples of the same jeans and some tops. I find it so easy to get dressed now that I don’t have to think and it takes me no time at all. A bit boring I hear you say? If being a bit boring with your clothes is good enough for Barack Obama, former president of the United States of America, it’s good enough for me. 😊

But each of us make so many decisions each day – so many that we hardly realise we are making them. What to wear is just one out of many! If I think about my usual morning – Will I wash my hair or is it ok?Tea or coffee? What mug? What to eat for breakfast? What bowl? What jacket to wear? Will I bring an umbrella? What will I pack the kids for their lunch? Will I put a load of washing on now or later? Will I bring the recycling with me or will I drop it off later? And this is before I have even left the house. So while I’m not making big life or death decisions each day, I am still making plenty of little decisions and they build up. Having a boring capsule uniform helps me at least. It’s one less thing to think about.

The kids at the moment don’t go asleep before 9pm usually. So really I only have about a two hour window if I want to watch something on TV before I need to go to bed myself. So I don’t want to waste precious time and energy scrolling Netflix trying to decide what I want to watch only to finally select something an hour later and then fall asleep half way through it!

So Working Girl it is. Decision made! We all have decisions that we have to make each day, there is no getting away from them but maybe there is a lot to be said for saving our decision making energy and being a bit boring. So wear the same thing, eat the same thing, use the same cup and be a bit boring. And instead of scrolling Netflix and having Netflix indecision, re-watch one of your favourite movies for a change. Fingers crossed that DVD works now!

Links below are to good articles on Decision Fatigue and how to help prevent it: